Pomorsko Mazurska Hodowla Ziemniaka Spółka z o.o. with its registered office in Strzekęcino has been present on the domestic and foreign markets for twenty years. The company is deeply rooted in its 60 years of tradition and achievements. During this time, we have bred many new and valuable potato varieties. Our new creations meet the expectations of the most demanding customers, with whom we have cooperated for many years. We would like to continue this cooperation, offering you good potato varieties, along with our knowledge and experience.

Pomorsko Mazurska Hodowla Ziemniaka Sp. z o.o. with its registered office in Strzekęcino is a company of strategic importance to the national economy. We cultivate potatoes and produce potato seeds, continuing the over 70-year tradition of Polish potato breeding and seed production. The company has been operating under the name of Pomorsko Mazurska Hodowla Ziemniaka since March 2010, i.e., since the merger of two entities: Pomorsko Mazowiecka Hodowla Ziemniaka and Hodowla Roślin in Szyldak. It currently operates four branches: Strzekęcino (West Pomeranian Province), Jezierzyce and Celbowo (Pomeranian Province) and Szyldak (Warmian-Masurian Province). The Company’s scope of business includes potato breeding and seed production as well as agricultural and other production activities, including cooperation with domestic and foreign entities.

0
YEARS OF POTATO BREEDING IN STRZEKĘCIN

The Plant Breeding Station was established in Strzekęcino in 1950. The breeding and seed materials were collected from secured and replicated variety families in the years 1945-1950 on farms in the Koszalin-Bobolice region. In 1949, a decision was made that potatoes would be bred in Strzekęcino.

Initially, conservation breeding and seed potato breeding were carried out, followed by introduction of new varieties a few years later. Potatoes were initially bred in a small greenhouse and a former storage facility, where families of potatoes and breeding clones were stored. In 1962, the Koszalin Potato Breeding Station was established – a unit responsible for supervision over all potato breeding operations in the Koszalińskie, Pilskie and Słupskie Provinces. The Plant Breeding Station in Strzekęcino was the leading station for all KPB stations. Appointment of prof. Edward Kapsa as Chief Breeder at KPB resulted in acceleration of the breeding processes and expansion of the entire potato breeding infrastructure. New greenhouses and laboratories were built, breeding specialists were employed, and potato breeding technology was improved. As regards the breeding of new potato varieties, the company decided to focus on the starchy potato rather than on the all-purpose type, as it offered a high tuber yield, starch content and starch yield per hectare.
Intensive cooperation began with regard to potato breeding and seed production with universities, the Potato Institute in Bonin, Plant Breeding Stations and field services, i.e., seed-production organisers and farmers.

It is in Strzekęcino that a large number of competent potato breeders gained their experience and expertise, which they later used working at numerous plant breeding stations across the country. Some of the most prominent breeders who made a significant contribution to the development of the Strzekęcino station and other potato breeding stations included: eng. Bronisław Fiszer, who initiated plant breeding at the Station, as well as Jan Frieske, Henryk Świstowski, Wojciech Schulc, Wacław Głowa, Juliusz Kamasa, Władysław Kuszel, Leszek Styszko, Stanisław Pera, Zdzisław Dudek, Zbigniew Hartyn-Leszczyński.

Since the establishment of the Pomeranian-Masovian Potato Breeding Company in 1994, its structure and the breeding of new potato varieties have undergone many changes. Until 1998, all operations were carried out in three branches in Strzekęcino, Płochocin and Biesiekierz. In 1998, the Gdańsk breeding station, with its creative breeding centre in Krokowa, was incorporated into the Company, followed by the Słupsk station in 1999. In addition, a new branch in Jezierzyce was established. In January 2000, the Celbowo branch was established, featuring a creative breeding department in Krokowa. From 1999 to 2002, new varieties were bred in three centres: Strzekęcino, Płochocin and Krokowa. In 2002, the newly appointed CEO, Franciszek Klim, decided to modernise the Strzękecino station and discontinue the operations at the Płochocin station, followed by Krokowa in 2004. All breeding materials were secured and transferred to Strzekęcino. The decision to continue breeding of new varieties in a single, adequately equipped centre turned out to be fully justified. This is evidenced by the results of the breeding work. Between 1950 and 2015, 39 varieties were bred at the Strzekęcino centre, 16 of which were registered in the last decade. Since 2010, following a merger with the Plant Breeding Station in Szyldak, the Company has been operating four branches, with one breeding programme being implemented in the two centresm – Strzekęcino and Szyldak. Bearing in mind the previous experience related to the reorganisation of potato breeding, the Company’s Management Board decided to gradually discontinue creative breeding operations in Szyldak. Ultimately, as of 2017, the entire breeding programme will be carried out again only in Strzekęcino. Conservation breeding operations, i.e., increased production of micro- and mini-tubers, will be extended in Szyldak.

Pomorsko Mazurska HodowlaZiemniaka is the creator and owner of the majority of starch varieties in Poland. Of the 29 varieties displayed in the Register in 2015, as many as 14 were starch varieties, and among them, the sought-after and highly rated medium-early varieties. Since the beginning of the breeding of the new potato varieties in Strzekęcino and Krokowa, the starch variety has been the leading one. Hence the rich selection of these varieties in the Company’s offer. Despite the growing competition from western breeding companies in the case of ware, fry and chip varieties, the starch potato market is dominated by Polish varieties, most of which belong to PMHZ. The most valued ones include Hinga, Harpun, Pasat, Inwestor and Jubilat. All these varieties are characterised by high starch content and yield, immunity to viral diseases and potato blight. In recent years, the following four new medium-early starch varieties have been registered: Boryna, Kaszub, Szyper and Mieszko. The breeding programme is also being developed with respect to good ware varieties. This has resulted in the registration of several new, attractive ware varieties in recent years, such as Tajfun, Ignacy and Owacja, which are highly valued by the customers. Tajfun has received special praise as a very tasty, prolific and drought-tolerant variety. 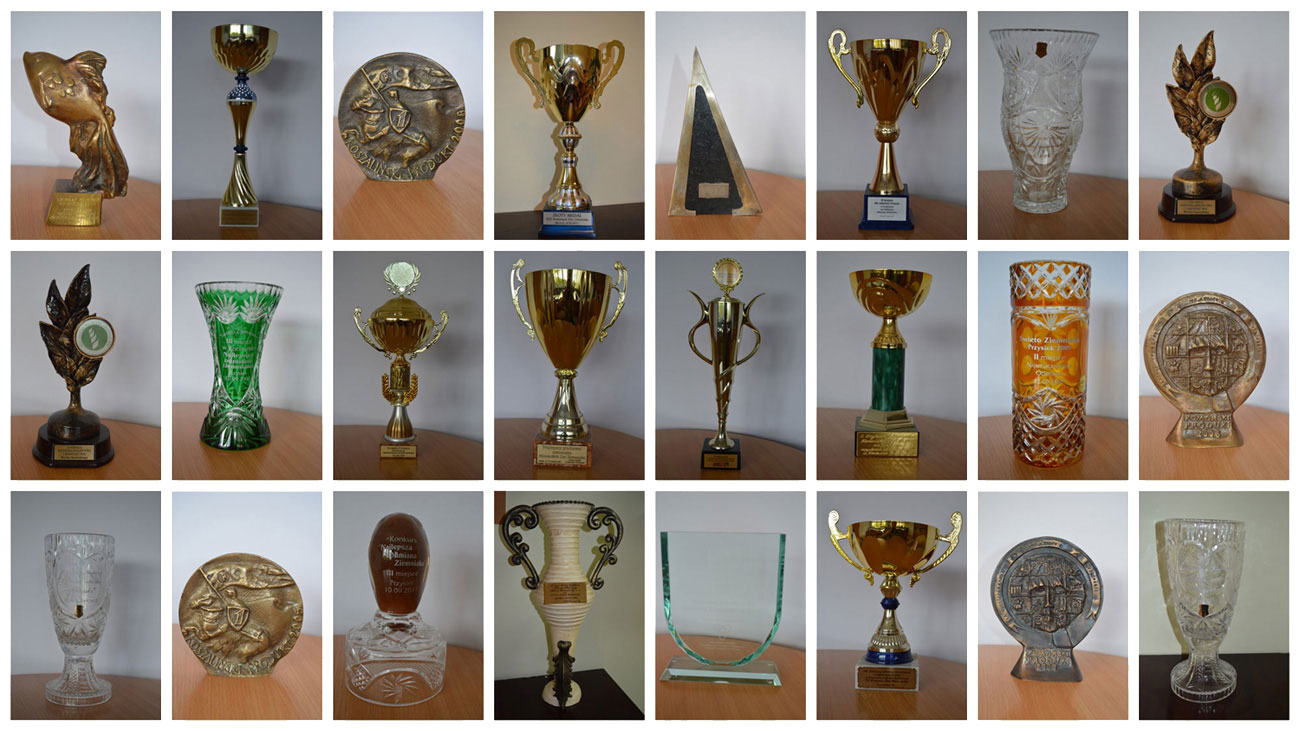 THE MOST IMPORTANT AWARDS AND DISTINCTIONS EARNED BY THE COMPANY

This may interest you

Charmain of the board na CEO/President